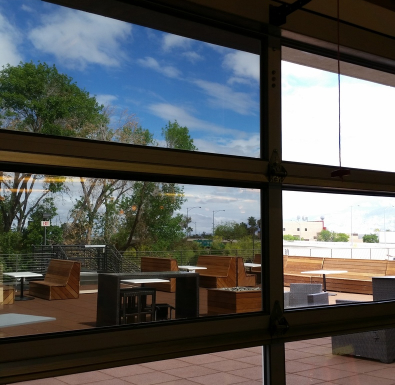 Everybody loves an excellent looking window tint job on their beautiful ride, but there are a bunch of things to consider when looking for that great tint. Things like how dark you can go for the protection without being illegal. Will I be protected from the sun’s UV rays? Will this window tint keep the heat out? Does it look amazing from the outside? Will my window tinting last after five years? So much to think of but the good thing is we will break down the different automotive window tinting types and their benefits.

Dyed Window Film is the most common automotive window tinting types. An adhesive layer of film partnered with a polyester coat wraps a dyed film.  The outer polyester coat prevents outer wear and tear to the glass. While the adhesive does what adhesive does, sticks to the glass. This window film is not the best for protecting you from the sun’s UV Rays but helps merely to see the road a little easier in comparison to no tint at all.

Dyed window film is the cheaper tinting options, and most new cars have this for the simple fact that manufacturers provide the most affordable to save them money. Dyed window film will last forever and help reflect light, but if you are looking for protection from the sun, you should consider a different window tinting option, like metalized window film.

Metalized Window Film is a window tinting option that is good for reflecting light. The small metal particles throughout the layers of the film provide that reflection. The metal also protects from the sun’s UV rays and the film is durable similar to the dyed window film. Metalized window film is even more difficult to break or shatter. The metal provides extra support and will need a more forceful impact to crack. From the outside, the film has a metallic look which isn’t always the best looking, but metalized window film for sure gets the job done.

Be careful with this film as there are instances when it’s been said to mess with radio signals and mobile phone signals. You should not be on your phone while driving anyway so this isn’t the wrong choice then! Metalized window film is a reliable option for automotive window tinting types, but carbon window film can be an even better option.

Carbon Window film is the most common that people choose because it has the protection of a metalized film but looks good from the outside with a solid black look and this film completely blocks the sun’s UV rays. This window film can prevent heat up to 38%. There are plenty of carbon window film options out there, any of them will do the trick but the higher you pay, of course, the better the quality. Of the four main automotive window tinting types, the quality will never be as good as ceramic or nano-ceramic window film.

Ceramic & nano-ceramic window film is the highest quality of all the automotive window tinting types. The most expensive, but everything you want out of a window film, the ceramic & nano-ceramic film type has no competition. It protects from all UV rays, reflects glares, keeps heat out, and allows you to enjoy every ride you take in your car. The best brand for this type of window film is Hüper Optik. We are proud to have them as a partner and can’t wait to get your car wrapped in this window film.

In conclusion, you have plenty of viable options to choose from for your next window tinting job. Whether it is sticking with a basic window film or upgrading to the most superior film on the market with Hüper Optik, the choice is yours. Any of the automotive window tinting types will suffice, but you might as well treat yourself like the king/queen that you are and make your ride look nice while reaping all of the benefits of protection with the nano-ceramic window films. #HüperOptik

Comment below and let us know what you think!